“3.9 billion people— more than half of the world’s population isn’t connected to the Internet today. The major cause of this digital divide is the high cost to deploy connectivity in less populated areas,” remarks Dr. Oh Ser Wah, CEO, Whizpace. This is where Whizpace, a spinoff from Singapore’s National Research Lab Agency for Science and Technology Research (A*STAR), comes in. The firm is on its course to essentially disrupt the wireless communications space with its solutions and products that leverage white spaces—the vastly under utilized communications spectrum.

Going by the current scenario, only about 5 to 15 percent of any allocated spectrum is being actually utilized. White space technology is an exciting concept where an authorized spectrum is used to operate license-exempt networks, with the condition that such usage ought not to meddle with the currently authorized services that are working in the same spectrum bands. “The concept is very much like Uber or Airbnb. For example, when an apartment is unoccupied, the owner can rent out the apartment to maximize its utilization. Similarly, white space can be used to fully utilize the vast percentage of under utilized spectra and can be touted as the sharing economy in the spectrum,” states Ser Wah.

A prominent example of this ‘white space’ is the TV spectrum. As there is an extensive overhaul from analog to digital TV, TV spectrum is being freed up immensely. Since digital TV uses lesser spectrum, this opens up a massive opportunity for white space operating on the TV spectrum—TV White Space (TVWS). Thus, in a world where spectrum usage is increasing at explosive rates leading to a "spectrum crunch", TVWS essentially come as the silver lining. There are some major advantages of the TVWS compared to traditional communication bands. Waves in the TVWS space can travel much longer distances, penetrate obstacles easily, have the much higher capacity, and have high resistance to adverse weather conditions. These features open up the room to build solutions and applications that were seemingly impossible before or too costly to implement.

Whizpace’s novel products— WhizRange, WhizMesh, and WhizNano—are designed to leverage this TVWS and address different markets and applications. To reach the remotest of regions, WhizRange radio can travel beyond 10 km or pass and infiltrate through walls and abundant foliage. Available indoor and outdoor with different antenna configurations, many applications of WhizRange radio have been realized such as agri-tech, rural Internet, video surveillance, and smart port. Thus, WhizRange forms the ideal solution to empower connectivity in the hands of people residing in geographical locations where previously Internet access wasn’t possible.

Utilizing TVWS technology, Whizpace works towards a world where everyone and everything can be affordably connected for better lives

WhizMesh further expands functionalities of WhizRange radio and empowers applications such as Industry 4.0, smart energy, and communications within tunnels. WhizMesh has an added feature where TVWS mesh networks can be enabled and the device could converse with other devices directly without going through the base station. This mesh TVWS equipment bolsters mesh topology over the customary point-to-point and point-to-multipoint (star) topologies where it has an added advantage as safeguard route just in case there are coverage blind spots or issues with some of the nodes in the network.

WhizNano, another key offering of the company, addresses the problems that come with low power IoT applications, providing a necessary boost to the IoT revolution. “The current IoT-based wireless systems either lack coverage or capacity. In addition, subscription to telco services for IoT not only incurs a monthly recurring cost but also risks data being accessed by third parties,” remarks Ser Wah. Therefore, addressing this issue, WhizNano empowers sensors to be associated effortlessly even without a power source and can be powered by a battery for up to five to ten years. Appropriate for smart street lighting, smart building, smart metering, and other wireless sensor networks, WhizNano has 25 to 25,000 times higher capacity compared to other low-power wide area (LPWA) alternatives. “TVWS is in a unique position where it has superior coverage while having many times the capacity of the existing solutions due to its innovative ways of accessing spectrum,” adds Pankaj Sharma, the company’s CTO. It is also believed that TVWS will play a key role in IoT especially when the demand for IoT shoots up with a projection of 50 billion IoT devices by 2020.

Whizpace’s solutions have been very successful in agri-tech vertical. As 85 to 90 percent plantations are located in rural regions where internet connection is not accessible except for pricey satellite services, Whizpace’s TVWS solutions come as a relief. While WhizRange is the cornerstone for networks in these areas, penetrating through barriers and overcoming hurdles, WhizMesh connects to different resources or assets and WhizNano controls sensors without needing a power source. This enables plantation proprietors to enhance their productivity and understand the operations of the plantations for expanding the yield and optimizing resources.

Whizpace’s success since its inception has been fuelled by its continual drive for innovations and that attribute highlights its future approach. “The firm is working on two patent-pending technologies called WhizValve and WhizDirect. While the former will enable secured private networks using TVWS, the latter will convert TVWS signals to Wi-Fi signals directly to allow low-cost internet access for homes in the rural areas,” highlighted Pankaj Sharma. Besides enriching their TVWS product portfolios, Whizpace now also plans to set up new offices or form strategic partnerships with other countries. Apart from Singapore, which is their home ground, the firm is to expand their footprint to China, Indonesia, Philippines, India, Myanmar, and Vietnam. “White space is the future for internet and IoT connectivity and we are one of its key drivers; transforming wireless communications forever,” concludes Ser Wah. 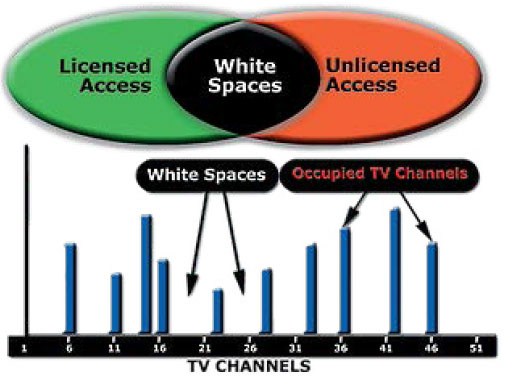